You are here: Home / Articles & Presentations / The Naturopathic Assessment 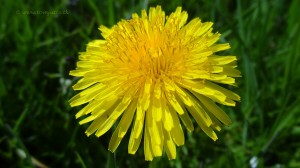 All too often digestive problems are misdiagnosed. An accurate assessment of these conditions can bring not just rapid relief of longstanding symptoms but, as this naturopathic case study shows, much wider health benefits.

A naturopathic core element is “to understand and identify the multiple causative factors which are creating functional disturbance and disease processes”. Naturopaths use various methods, depending on their training, to assess the structural, functional and emotional integrity of the individual. In this case study the primary assessment technique was Iridology.

Sally had spent over half her 62 years plagued by increasing food and chemical allergies. The almost immediate reaction is swelling of her fingers, causing the skin to burst open, leaving painful cuts; hydrocortisone cream and dressings provide limited relief. She had almost come to terms with having to put up with allergies for the rest of her life so her reason for a naturopathic consultation had more to do with tiredness, skin rashes, gall-bladder gravel, and low immunity. Sally had been offered surgery for the gravel but feared she’d react badly to anaesthetic. She reacts strongly to anything chemical, and in this category she includes drugs that had been prescribed.

Sally’s multiple allergies had been determined using patch tests. The long list included perfumes in cleaning products, Chinese herbal preparations (including Tiger Balm), formaldehyde, latex, Carba mix (used when manufacturing rubber) and nickel. Another group, myroxylon pereirae (Balsam of Peru) is used in cosmetics and some medical products, including cough mixtures and throat lozenges. Linked with Balsam of Peru are spices and Sally must avoid vanilla and citrus in the many foods that contain them, including fruit teas, ice cream and soft drinks. 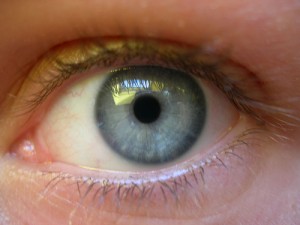 Iridology (iris analysis) revealed an inherently weak constitution that could predispose Sally to physiological problems including connective tissue weakness, low immunity and very poor metabolism of the highly irritative uric acid. Other specific iris markings suggest low output of stomach and exocrine pancreas secretions and, not surprisingly in view of the symptoms, a highly irritated liver. The breakdown of uric acid is dependent upon efficient digestive chemistry so weaknesses of the stomach and pancreas appear to be manifesting. The previously prescribed acid suppressant delivers the opposite to the indications from the iris analysis.

The case history taking, after completing the iris analysis, revealed a catalogue of health problems, including raised blood pressure, anxiety, depression and almost instant digestive discomfort after eating many types of food. Finding the right starting point was obviously crucial but it would need to avoid anything that might aggravate Sally’s symptoms. To deal with uric acid metabolism, improving poor digestive chemistry would be the key factor. To improve energy levels Sally’s diet would need to be addressed. Although not causing problems, Sally was eager to deal with the gall-bladder gravel but at this stage she could have difficulty coping with a gall-bladder flush.

Supplementing hydrochloric acid (HCl) and pancreatic enzymes were my aim but because of her severe reactions I opted initially for an herbal formula to stimulate digestive secretions. Sally was asked to cautiously try the remedy; she reported no adverse reaction and the herbs made her digestion more comfortable. I then asked her to try digestive enzymes as an alternative to the herbs; Sally felt they made a noticeable difference. The addition of HCl would be contrary to the medical assessment that her stomach was over-acidic, so Sally was asked to try just one HCl tablet.

There was no adverse reaction and the combination of HCl and digestive enzymes, plus herbal liver support, rapidly brought a huge improvement to Sally’s digestion, general well-being and social life. Having not eaten fruit for years, she was delighted that after ‘risking’ fruit salad at a family celebration she had no adverse reaction. Another time she tried apple juice, but this caused her fingers to swell and develop cuts, just when she’d experienced a sustained few weeks of improvement. However, her fingers recovered very quickly this time.

A month after the consultation she looked a different person and emotionally was far more stable, something her family had noticed. She had adjusted her diet to include more oily fish and generally more protein. Her one cup of coffee each week was eliminated following a strong reaction.  Her energy levels were significantly better than they’d been for ages and the rashes on her arms had cleared completely. There’s a long road ahead but helped by the naturopathic consultation Sally has confidence and hope.