The Green Parent magazine invited their readers to ask a nutritional therapist their burning questions about children’s health. Gabi Heyes was the expert for the February/March 2014 issue, for the College of Naturopathic Medicine.

Question: The safety of cereal was recently brought to my attention in the book Nourishing Traditions. Is cereal safe?

There are two unpublished studies regarding the safety of cereal, one involving puffed wheat and the other involving corn flakes. Both of the studies were performed on laboratory rats. The first experi- ment had results that are quite startling, involving dysfunction of the pancreas, liver, kidneys and eventually death. The sec- ond experiment had neurologi- cal and psychological outcomes such as schizophrenia, convul- sions, aggression and death. Analysis of breakfast cereals and their paper boxes showed that the wood pulp in the box contains more nutritional value than the cereal it houses! This is why breakfast cereals are forti- fied with synthetic nutrients. The issue with this is that the body is designed to recognise and absorb nutrients from foods in their whole state- not a synthetic form, so often they are just excreted in the urine. The original grain that cereal is derived from is not the issue. Grains such as oat, spelt, wheat, corn, barley and rice can ‘sat- isfy hunger and taste, provide energy and endurance, calm nerves and encourage deep sleep. They promote elimi- nation, quick reflexes, long memory and clear thinking’.* It is the production methods that are called into question – the “puffing” of wheat and corn can alter the molecular structure, turning the nutritious grain into a poisonous substance. 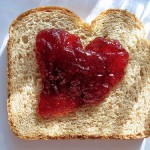 Modern day breakfast cereals are created by heavy processing of the grain and then there’s the addition of sugar, salt, synthetic vitamins, high fructose corn syrup, trans fat, saturated fat – oh, and did I mention sugar?! The first dried breakfast cereal was created in 1863 by Dr James Caleb Jackson, which was called “Granula”. Then in 1897 John Harvey Kellogg revolutionized the American diet by inventing flaked breakfast cereals, first known as Wheat Flakes and Corn Flakes. At this time wheat was boiled for several days, the dried dough pushed through rollers, the flakes scraped off the rollers and then baked. The Toasted Wheat Flakes soon gained popularity and in the first year, Kellogg sold over 100,000 pounds of cereal. John Harvey Kellogg followed Naturopathic principles and his health regimen included daily exercise, fresh air, sunshine and drinking eight-ten glasses of clean water. He believed in enemas to cleanse the intes- tines and a vegetarian diet of primarily nuts, grains, legumes, and fruit. One can only imagine what he would think of the modern breakfast cereal- I’m sure he would turn in his grave!

Gabi is a Naturopath, Herbal- ist and Iridologist practicing at the Natural Practices Clinic in Wilmslow, Cheshire. She is a graduate of College of Naturo- pathic Medicine, which provides training for careers in natural therapies: naturopathy-uk.com.