My GP thought it was hyperthyroidism.  A week later she confirmed it was an autoimmune disorder called Graves Disease. I felt so ill, I didn’t think this could happen to me.

Sarah was a busy working mother of two young children in her mid-forties. Her stressful job as a consultant carried a great deal of responsibility. She would arrive home at 19.15, get the children ready for bed and then she’d work again, feeling that if she didn’t put in this extra time it compounded the stress the next day. At times her digestive system felt so locked up that she couldn’t eat and felt nauseous. She started to become breathless easily and people thought she was unfit, though previously she’d been a keen runner. By August 2010 she felt she couldn’t cope any longer and ended her contract in November. 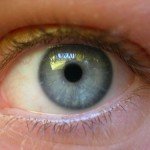 The first symptom she really took notice of was in October 2010 when her fingers trembled, making it difficult to pick the right papers. Next came the night sweats which she shrugged off as related to pre-menopause. In February 2011 Sarah’s weight dropped from 57 to 51.7 kilos in just 3 weeks. At its lowest her weight was 48 kilos. In March, after climbing the stairs, her thighs felt so weak she had to lie down.  Sarah consulted her GP, who took her blood pressure, which was normal but her pulse rate sitting was 96 bpm, and suggested hyperthyroidism.

A blood test revealed raised levels of thyroid hormones T3 and T4. Thyroid Stimulating Hormone (TSH) was very low as was her iron reading. The Endocrinologist prescribed Neo-Mercazole (Carbimazole) initially taken aggressively to reduce T3 and T4 and then a reduced dosage for 18 months for the best chance of remission of the autoimmune disease and to reduce the risk of recurrence. There was no advice for anything else that might help and the Endocrinologist suggested Sarah should return to work. The GP and Endocrinologist weren’t impressed when Sarah said she’d like 6 months to try to resolve the problem naturally and she considered their attitude to be very bullying. 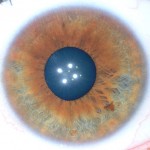 When I met Sarah in April she’d researched Graves Disease and had found a product via the internet comprising typical herbs for hyperthyroidism, using Bugleweed, Motherwort and Lemon Balm; on inspection I found this to be a much weaker strength formulation than a qualified UK herbalist would be likely to prescribe.  The revelations of the iris analysis (Iridology) I undertook were particularly helpful, suggesting weakness of the pituitary gland and the likelihood of a significant influence on the spleen emanating from the liver. Her digestive system was prone to low enzymatic secretions resulting in a toxic digestive tract. On a constitutional level the iris suggested she’s the type of person who puts 120% into everything and Sarah confirmed it’s never been in her nature to not be busy. The likelihood of subluxation of specific cervical vertebrae and resulting nerve impingement that could influence the endocrine system was another key feature of the analysis.

Sarah returned home to Switzerland with herbs to support her liver, spleen, pituitary and thyroid, plus digestive enzymes and a regime for cleansing her digestive tract –toxicity spreading via the bloodstream would further burden weak organs. Sarah consulted an Osteopath who carried out adjustments to vertebrae. Sarah was also taking several supplements, some self-prescribed, chiefly antioxidants and omega-3 essential fatty acids. 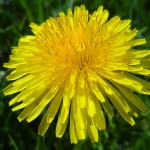 Sarah’s diet contained varied good quality complex carbohydrates but with her undoubted fast metabolism due to the thyroid activity those carbohydrates were unlikely to be adequately sustaining. I recommended a significant increase in proteins and good fats. Sarah felt it was almost a miracle when next morning, after eating a boiled egg rather than muesli, her hands weren’t shaking badly – a rapid confirmation of the importance of assessing biochemical individuality.

As many symptoms were typical of adrenal fatigue and the adrenals and thyroid work closely together Sarah decided to have a lab test to confirm my assessment.  A saliva test confirmed the resistance stage of adrenal fatigue. I added to the prescription L-Theanine, a supplement shown to promote calmness and relaxation. A naturopathic assessment investigates the biochemical, structural and emotional strengths and weaknesses of the client, taking into account the web-like interconnection of the body’s organs and systems. Armed with this information a Naturopath will aim to identify the root causes of problems, rather than treating individual symptoms.

In May, just five weeks after starting the herbal remedies a blood test revealed improvements for T3, T4 and TSH; the Endocrinologist thought she must be taking the prescribed drugs. In November 2011 T3, T4 and TSH were all to be within normal levels. Overall symptoms have diminished, her weight it 54 kilos, Sarah is sleeping well though her periods are still heavy and irregular. The approach is a gradual reduction of the herbal remedies, with the dosage to be reassessed after the next blood test.