You are here: Home / Articles & Presentations / SAD – Winter Blues: the ‘other’ culprit

SAD – Winter Blues: the ‘other’ culprit 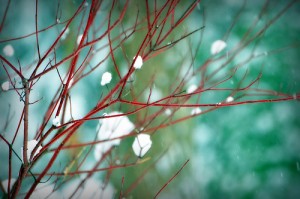 Episodes of Seasonal Affective Disorder (SAD) develop during winter and improve in spring so reduced exposure to sunlight due to shorter winter days is the usual culprit. But, if we don’t think further than ‘light’, we may miss opportunities to help sufferers. Typical symptoms being low mood and lack of energy, SAD is classified as a type of depression; the conventional treatment is likely to be antidepressants such as Prozac. Is the trigger just reduced exposure to light, or could there be other contributory factors?

Let’s look first at the sunlight connection. One theory relates to the effect light has on the hypothalamus which controls mood, appetite and sleep. In people with SAD, a lack of sunlight and a problem with certain brain chemicals inhibits the hypothalamus. Reduced light is thought to affect production of the hormone melatonin, the neurotransmitter serotonin, and the circadian rhythm (the body’s internal clock).

The retina converts daylight into an electric impulse that travels to the hypothalamus. From here a message travels to several endocrine glands, including the pineal, to tell it to produce less melatonin, a hormone that affects sleep patterns – when it’s dark melatonin is secreted to make you feel sleepy. Production of higher than normal amounts of melatonin may result in SAD symptoms such as sleepiness and low energy levels. Until the use of electric light people would get up with the dawn light and sleep when it became dark, and in winter they would sleep longer and be less active. Nowadays, we override these natural rhythms and manipulate light and darkness to suit modern lifestyles.

Serotonin is a neurotransmitter, a chemical by which nerve cells communicate with one another and with muscles. Approximately 90% of the body’s serotonin is produced by and found in the intestine, the remainder is in central nervous system neurons. Its roles include regulation of appetite, sleep, memory and mood. It is speculated to have a role in depression. Fewer hours of sunlight mean less serotonin production. This may result in poor transmission of messages between nerve cells, and symptoms of SAD. 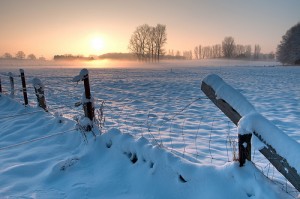 The body uses light sources, primarily the sun, to time biological functions and processes, including mood, sleep and energy production. This regulatory process is known as a circadian rhythm and it usually occurs over a 24-hour period. Reduced sunlight can disrupt this internal clock, leading to the symptoms of SAD. For this reason, the therapeutic use of light therapy is often the starting point.

We can’t control sunlight so let’s consider whether there could be contributory factors we can influence. The influence of diet is a good starting point. Many neurotransmitters are synthesised from amino acids derived from protein-rich foods. With a plentiful supply of amino acids, the body should be capable of producing the whole range of neurotransmitters, hormones and enzymes it needs.  Many people don’t eat sufficient protein, so there may be insufficient for adequate production of these chemicals. Some SAD sufferers may think they’re eating a ‘healthy diet’ but so often the concept of ‘healthy’ is to eat complex carbohydrates, including fruit, vegetables and smoothies etc. For many people that isn’t a healthy diet because it isn’t a ‘balanced diet’ i.e. it may not provide sufficient protein and essential fatty acids for the body to function efficiently, especially when the days are shorter. Diet influences not only the state of our digestive system and overall physical health, it also has a profound impact on memory, mental clarity, mood, and even the foods we crave; these functions are all regulated by serotonin, which itself is manufactured from the amino acid tryptophan.

We associate neurons with the brain but there’s an extensive network of neurons lining the digestive tract, nicknamed the ‘second brain’. Research on this mass of neural tissue that is filled with important neurotransmitters is revealing it does much more than handle digestion or inflict the occasional nervous pang. The process of digestion uses much of its firepower but as the two brains are connected, it also impacts our state of mind and influences our physiological stress response. Intestinal health can have a profound influence on mental health, and vice versa.  Studies indicate how the gut microbiome’s importance goes beyond physical health: it is also a key player in the gut-brain connection.  As the gut flora (the balance of friendly and unfriendly strains of bacteria) can have a pronounced effect on serotonin, it may be appropriate for SAD sufferers to supplement for a few weeks a good quality probiotic that contains at least Lactobacillus acidophilus and Bifidobacteria.

Traditional medicines such as TCM and Ayurveda place great emphasis on ‘digestive fire’. When the fire is weak, nutrients may not be completely broken down and absorbed, so low fire can influence production of serotonin from dietary protein. Every item of food has ‘qualities’ which include creation of a heating or cooling effect within the body. If we want fire in the stomach (not excessive as that could create heartburn) we need adequate heating foods. If we want to dampen the fire, we need cooling foods. Most meats are heating, most vegetables have cooling qualities. Many legumes are cooling, so this can bring problems for vegetarians in particular. Nuts and seeds are generally heating. Most fruits are cooling (don’t we tend to reach for fruit when it’s hot in the summer!). Spices are generally heating and stimulating to digestive secretions and circulation. Looking at food from this perspective brings us full circle to the fact that many of the heating foods e.g. meat, nuts and seeds, are good sources of protein – the essential nutrient for the production of neurotransmitters. 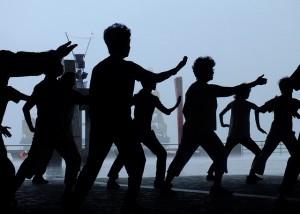 Ancient wisdom considered the brain to be a cold and moist organ (as opposed to say the heart and vital force that are ‘hot’), easily affected by external and internal temperature. If the brain is troubled by ‘cold’ it was considered to present in symptoms such as heaviness, dulled senses and sleepiness – this all starts to sound like the commonly encountered symptoms of SAD! With just the skull to protect it, the brain can easily be adversely affected by external temperatures. A diminution of innate heat is considered to make digestive processes less efficient and to increase ‘cold moisture’ throughout the body. In cases of SAD, what may be needed would be to bring ‘heat’ to the brain.

One of the things to consider would be how efficient is the circulation. Exercise is one way of triggering increased circulation of (heating) blood to the brain, and heating foods (be generous with warming spices) will help to increase the heat of the blood and promote circulation throughout the body. Herbs such as Ginkgo biloba have an affinity with circulation to the head (when using any herbal remedy, check for interactions and contraindications with medication).

Research shows that exercise influences metabolism and nerve transmission at the synapses of neurons, so it can directly influence the way we think and feel. Exercise increases blood flow and blood carries oxygen, which cells need to convert glucose in the blood to ATP (energy). Exercise has been found to increase serotonin levels and optimise the mind to improve alertness, attention and motivation.  Good forms of exercise would be 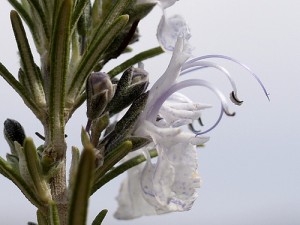 something that simultaneously taxes the cardiovascular system and brain cells. These cells need to be constantly challenged in order to regenerate and to grow stronger; this means engaging in a form of exercise more complex than just putting one foot in front of the other e.g. the asanas of yoga or the forms of Tai’chi

of vitamin D. Researchers believe that optimal vitamin D levels may enhance the amount of chemicals in the brain. When the sun is so low in the sky during winter it’s difficult to obtain sufficient vitamin D; the oral sprays can be helpful to maintain good levels.

Let’s briefly look at a couple of essential oils. The benefits of volatile oils have been recognised since ancient times. The great Herbalists of the Middle Ages said “Sage is singularly good for the head and brain; it quikeneth the senses and memory, strengtheneth the sinews” Today it is recognised as a brain stimulant. Rosemary is warming to the brain and activating to the circulation. It was considered by Shakespeare to be a remedy to improve memory.

These are a few of the factors to investigate when considering the causes of SAD. I hope they will help provide an understanding that there may be help we can offer to sufferers, as opposed to them dreading the onset of winter.